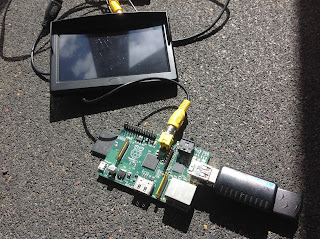 You know when you think everything is working fine then it all blows up, welcome to my world and the Raspberry Pi.

For those that don't know the afterburner and the large fins on the 95Spider bat mobile are controlled by a Raspberry Pi controller.

A few months back the manual triggers to open and close the large fins on the back of the 95Spider where replaced with the Raspberry Pi system, in essence it controls the opening and closing of the actuators. We also had it triggering the solenoids that control the release of gas for the propane after burner. The idea was to run a simple program that would open the fins as the car drives away and trigger the burner. It worked well up to the point where I experimented with taking a trigger from the vehicle ECU. My new idea was to open the fins and trigger the burner at a certain RPM. This was met with limited success as it was a bit unreliable, not sure why, so I tried an optical trigger on the speedometer, which, when the needle hit 25mph the circuit was triggered.

This system seemed to work fine up until today. I went to run the program to move the fins to check something and nothing worked. It looks like the whole system has burned out, Raspberry Pi is dead. One fin actuator works but the other does not. The relays all seem fine as do the fuses, very strange.

I am not sure what cause this massive failure, it might have been down to a power overload. This weekend we were at the Makers Central Fair at the NEC and the vehicle was powered up via its mains system for the longest time yet. Normally the system runs on the internal 12v AGM battery. I am wondering if some sort of power spike simply took out the controller. It has defiantly burn out as it has that unmistakable smell.
Anyway this might be farewell the the Raspberry Pi controller, it simply is not robust and reliable enough for what I need and so susceptible to tiny variations in current. 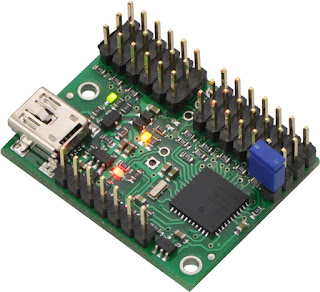 I am going to go with my tried and tested Pololu Maestro controller, the same one I used on all my robots, as I have never had a single failure with one in over five years.
I will use the optical trigger unless I can get the OBD11 interface working reliably, straight into the Maestro controller, output to the relays which will control the actuators to move the fins. Using a time delay in the program the burner will fire once the fins reach a certain position.

The Raspberry Pi was also going to be linked up to a new head tracking camera for the VR driving system but that is now scrapped. I will instead use the Arduino board with the Wii Nunchuck to control the pan and tilt of the camera, same as I did when I built the Predator should canon.
The tiny board from the nunchuck will be glued onto the top of the VR goggles. A cable will run form the goggles to the Arduino delivering both control, power and video feed to the pan and tilt camera mounted on the front of the 95Spider, simple really. I am going wired as opposed to wireless because the goggle will be left with the 95Spider at public events, wired won't go walkabout. 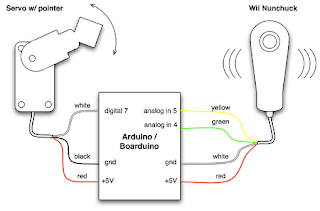 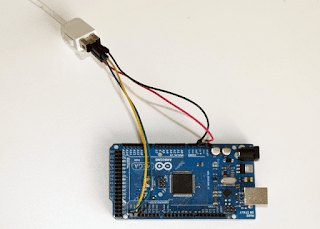 All my research for building this including the base code came from this great resource: 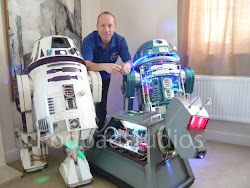 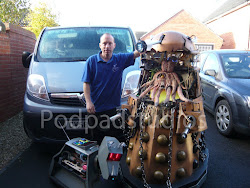 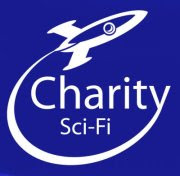